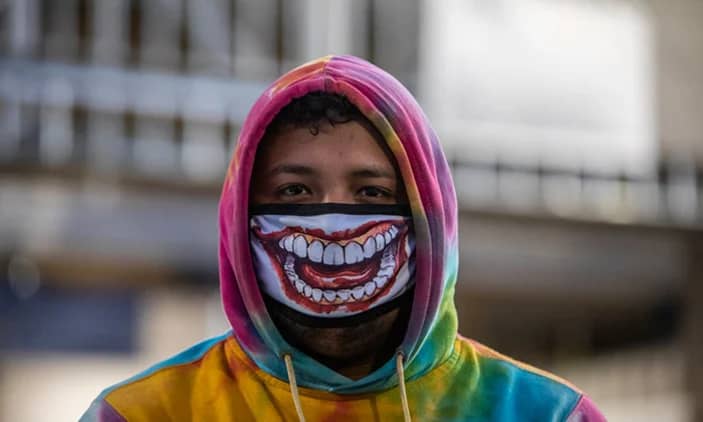 Last Thursday we visited the prison in Nakasongola  and brought relief supplies to the gate. We also handed over the prison magazine  Inmate  , which contains many encouraging articles.

On the three-hour way back we reached  Bombo  Road in the outskirts of Kampala. We didn’t drive very fast, the traffic was dense. I was sitting in the front of the passenger seat when suddenly an almost ghostly scene took place in front of my eyes. I saw how on the left out of a side street about 20 meters away, obviously very sloping, a heavily loaded truck came out at a clearly excessive speed. The truck swerved, people screamed, the driver obviously had no control, because it seemed that the brakes failed completely. He first crashed into the car, which was passing by the side road, with full force, then swerved and rammed an ambulance of the Ugandan military. After that, the heavy vehicle flew … directly in our direction!

I saw through the windshield the unreal-looking scene and how the truck approached a bullet straight at us. I screamed “God, oh my God! !!!” and  knew we couldn’t dodge, we couldn’t do anything. My whole body cramped and I raised my hands defensively, as if I wanted to try to hold the truck back with my body strength.

Silvia sat in the back seat to the right behind our driver, had leaned a little to the left of the girlfriend and chatted animatedly with her. When she heard me screaming, she realized what was going on.
I was sure that none of us would have a chance of survival if the truck crashed through our window and buried us.

But then a miracle happened! The vehicle suddenly changed direction again, which was not physically possible. It slithered past us, Silvia saw the truck from the corners of her eyes over the side mirror of the driver’s side. She instinctively made a sentence in the middle of the back seat and then it crashed. The heavy truck had caught us in the back right and slithered on. We saw people running and heard them screaming.

Silvia jumped out of the car and noticed that we only had the bumper torn off, the fender was smashed in and the tyre was affected. We were able to continue and get out of the horrible scene.

We thank God for His preservation and His mighty protection! – Erika