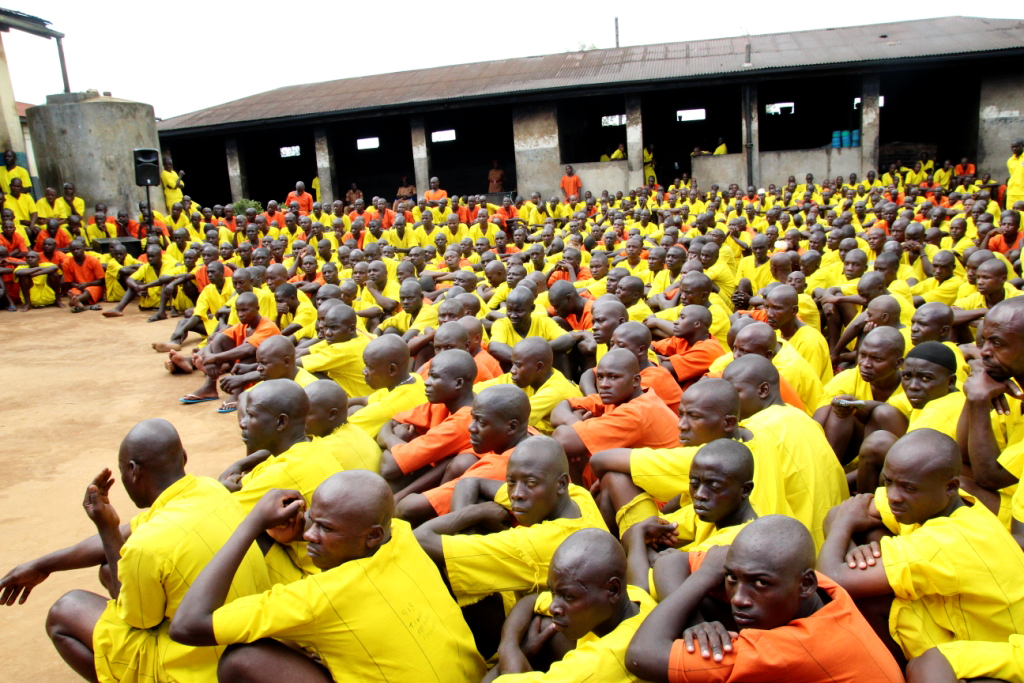 The heart of our Organization.

We take care of different institutions in Uganda, one of which is the maximum-security jail “Upper Prison” in Kampala. This also includes the condemned section

Uganda is not comparable with a constitutional state like Germany. The Ministry of Foreign Affairs in Germany describes the conditions in Ugandan prisons as difficult. Ugandan Prison Service takes care of the inmates as good as possible but comes in many areas on its limits.

The inmates spend their lives behind bars as pariahs of society, often rejected by their families. Remand prisoners sometimes kept for 5 years before their trials take place. The penalties in Uganda are high, the death penalty is still imposed but not executed.

Often there is not enough space to lay down to sleep in the overcrowded jails. The maximum-security prison in Kampala, which was built in 1927 and designed for 600 prisoners, keeps more than 3000 inmates.  They lack on clean water, the sanitary conditions are very poor, nourish food is not available and medical care is also low. Food is served in two shifts; the first half gets food in the morning, the other in the afternoon. The prisoners receive only one meal a day and that is the traditional posho and beans.

Most of the inmate sleep on the floor with a mat or small mattress. The ventilation in the cells is awfully bad, in some wards there is only air vents, but no windows. But during the day the detainees can stay outside their wards. Mosquito nets are not allowed, blankets are rare, but the nights can be cool in Uganda as well, especially during the rainy seasons.

If the inmates cannot be cared for by their family members, they suffer, and it creates many gaps. For many family members, however, the route is too far and too expensive. They cannot pay the transportation costs. Visiting hours are also limited. For example, this is one of the many gaps that we fill, because the prisoners suffer heavily from the rejection and / or separation from their families.

For women, the situation and conditions in prison are even more difficult. Some are pregnant during their arrest; some still are breastfeeding. The women give birth in prison and they can keep their babies until the age of three years. Then the children must live with relatives outside the walls or in a foster family, sometimes we meet the children of prison inmates also in Children Reception Center. Behind bars there is lack of hygiene materials and other things of daily life for the women. The arrest is more difficult for them because the rejection through their families are even more awful. Often the female inmates committed the case of crime inside their families for example when they beat back after a long time of suffering.

In Uganda children and teenager are actionable at the age of 12 years, the Children Remand Home in Kampala accommodates usually around 200 delinquents. The proportion of girls is usually rather low, the children and youngsters are waiting here for their court hearing. If they are sentenced - mostly for theft and drug offenses - they all end up in the Kampiringisa National Rehabilitation Center for Youth. This is an educational and corrective institution outside Kampala. The teens idly squat around most of the day, education does not exist and fewest of them have ever been to school. Because of this they do not speak and understand English. Most of the young people are street children who do not even know where to go after discharge from prison.